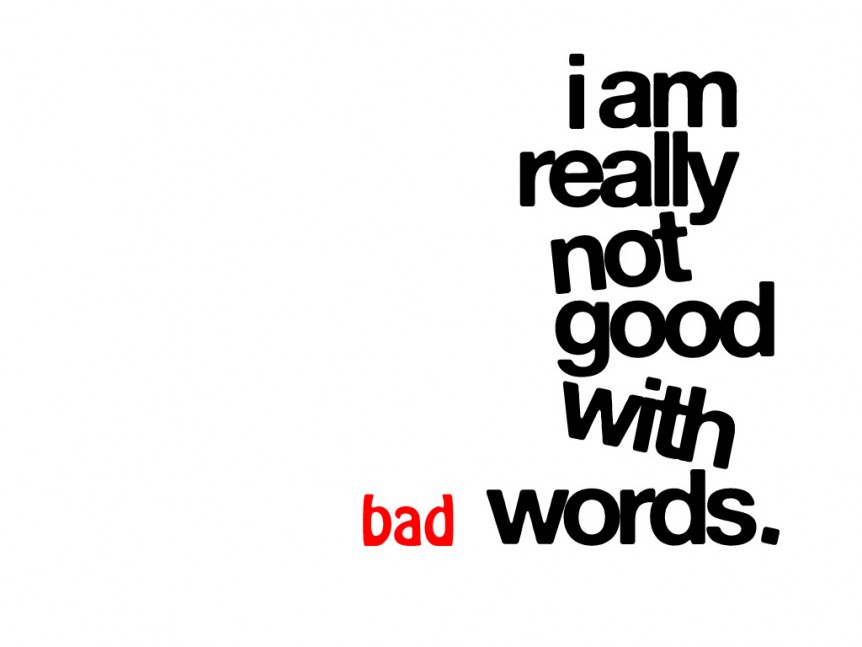 Men and Women, Can we be Friends?
Toddler in Harvard

There are times when I get irritated, annoyed or frustrated by someone or something. But in the culture in which I was brought up and the family background makes it impossible for me to say any bad words. I get mad and want to say something to express it angrily, but the worst I can do is “You Idiot” or other words like Insane, Nut, Crazy etc. And the only sign that will come from my fingers is the sign for Peace!

For just a split second, I get jealous of all those people who can say so many disgusting four letter words or other angry repulsive words in one sentence. Perhaps there should be an entry in the Guinness Book of World Records for saying the maximum number of loathsome and repugnant words in one long sentence. There should be a separate entry for children too! I wonder, “They are all so great in talking foul language. How the hell do they do it?” Well, don’t sneer at me. Look, I used “hell” in my earlier sentence!!

Seriously, I think that using too many filthy words frequently beats the very purpose for which it is done. It loses the strong impact. It dilutes the strength. It makes those words weak and ordinary. There is no fun in using them any more. You know, Quality Vs Quantity, the less its availability, the more its value! So I strongly suggest you guys who have the talent of so freely and easily using revolting language to think about this seriously. Am I using my valuable vocabulary of filthy words, (even though it is mostly some form or mode or grammatical usage of the same filthy word), efficiently? Or am I degrading them by using them too often ?

Another thing, to use a sex related word for insulting or hurting someone, doesn’t it insult sex?  Doesn’t it insult the intimacy between two people who love each other? That means sex is bad, right?

I get these other questions too in my mind. What is the big deal in using these words ? You mean to say it makes some one great ? Is it a Revolt against following rules of the society and good behavior ? Wow, I am so wrong! I thought people – Presidents like Abraham Lincoln, or Selfless Great men like Mahatma Gandhi or Martin Luther King, Doctors who save lives, Firemen who are so brave, Policemen who are so courageous, and all the great people who do their jobs so well – are great! Now I know, what makes one great nowadays is how often you can use ugly words.

And it is so amazing (??) that children are picking it up so early in their childhood. They watch their parents who are either too prudish or too loose in their morals and start using foul language either to revolt against them or to follow them.  And soon it becomes a habit, a way of life. They say that the Young People of today make the Nations of tomorrow. Imagine what kind of Tomorrow we have to look forward to! It is not a pretty sight!

Men and Women, Can we be Friends?
Toddler in Harvard
VasundharaUsing foul language…what’s the big deal08.10.2015