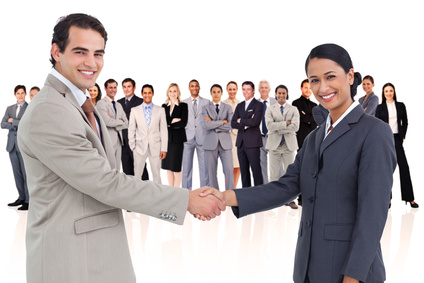 Lesson I learnt from a Policeman
Using foul language...what's the big deal

Men and Women, Can we be Friends?

Let’s face it, Friends! Women and Men… We are in this together. In whatever angle you look at this subject, it is essential that human beings of both these genders exist in this world. The opposite sex…yes, sometimes we cannot live with them and sometimes we cannot live without them!! That’s OK, though. Perhaps that’s what makes life not so monotonous. So then, why can’t we try to be friends and get along and make our lives easier?

People make jokes and pokes about the opposite sex once in a while. Sometimes they are justified and sometimes it is just humor, when it is done occasionally and in context. That’s fine. But cliche’s and endless degrading of the opposite sex is unwarranted and uncalled for.  The brunt of the joke must be the person(s) in question, not the whole sex.

Let’s take one example.  Being a woman, I am sick and tired of men making jokes about women talking too much. When I watch people in life and on TV, I find that there are both men and women who are equally guilty of this crime! Some men commentators go on and on and on, nonstop.  And if there is a woman in the group, and she tries to say a word, well…she can’t!

In one of the episodes of Law and Order – Criminal Intent, a mystery serial, when the narcissistic, boasting, talkative, egocentric criminal (guy) is caught, the Prosecutor, the District Attorney and a Detective – all men, and a lady Detective who was equally crucial in catching the criminal, all walk together out of the Police Station. The Prosecutor makes a comment about how “men weave a tangled web for themselves”. The Lady Detective simply says: “No! It is just that men talk too much.” The others just look at each other sheepishly. I congratulate the writer for giving women a chance to get even at least once.

Sense of humor is great! I love it! I think it is the greatest gift one can have. Lighthearted jest is wonderful! But to generalize the opposite sex in a demeaning way is not beneficial to anyone. We always have to think like this before saying anything : what is the benefit by saying this? Actually, we may be giving negative reinforcement. When you brand someone constantly in a negative way, it reinforces that quality in them. For example, if you tell a child consistently that he cannot do anything right, chances are that he will never do anything right.

Don’t get me wrong! I am not advising anyone to be a wet blanket! Laughing is great! But you don’t have to ridicule a whole gender in order to laugh! Let’s say someone wants to joke about the wife or husband who is spending too much. Then let them joke about their wife or husband spending too much; not about all women or men being big spenders!  Get it?!!  Hey! Here’s an idea! Why don’t we learn to laugh at ourselves instead of others!  We are not that perfect either!  It will make us relax and not take ourselves too seriously!

Sometimes joking and talking to friends about little problems from the opposite sex, say a spouse, may be helpful in getting it off the chest. This is normal.  Of course, if they had made a little effort to communicate with the spouse in the first place, there wouldn’t even be a need to talk to others about it!!

I know that men are very interesting. This world would be such a boring place without them. There are so many good things to learn from them. There are so many great qualities I admire in them. But men too have irritating qualities just like women! I can name them here, but I won’t, because I try to practise what I preach, i.e., no benefit in putting men down!  So, my dear men, stop ridiculing women and accept them as your friends, as your partners in life.  Remember, your mother is a woman. If you  generalize and ridicule women, you are ridiculing your mother too!

Lesson I learnt from a Policeman
Using foul language...what's the big deal
VasundharaMen and Women, Can we be Friends?08.31.2015